Does economic growth promote gender equality? Attend the roundtable discussion of Women’s Economic Empowerment on March 4th 8.30-9.30am for reflections and discussion.

You can browse Routledge’s full collection of Global Development titles here. Lecturers can get free inspection copies of all our teaching materials. Please also see our very latest published titles from the last couple of monthsprofiledbelow. 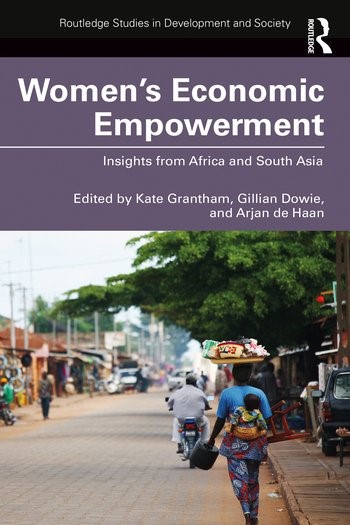 “With research syntheses on topics including labour markets, care, macroeconomic issues, and social norms, along with diverse case studies from many countries, Women’s Economic Empowerment: Insights from Africa and South Asia represents a vital new contribution to our understanding of the relationship between gender inequality and the dynamics of economies in low-resource settings.” — Ruth Levine, CEO, IDinsight, USA

“This edited volume presents cutting-edge research on women’s economic empowerment from diverse settings in the Global South. Through an examination of the gendered continuities, disruptions, and contradictions in the social and economic status of women in developing countries, it demonstrates why structural gender inequalities may persist despite individualised advancement of some women and what can be done about it.” — Bipasha Baruah, Professor and Canada Research Chair in Global Women’s Issues, Western University, Canada

“Does economic growth promote gender equality? Based on rigorous primary research in 50 countries in the developing world, the answers from this ambitious research program reflect the context-specificity of gender relations and the complex relationships among labour markets, social norms, and care work to identify options for programmes and policy.” — Agnes Quisumbing, Senior Research Fellow, International Food Policy Research Institute, USA. 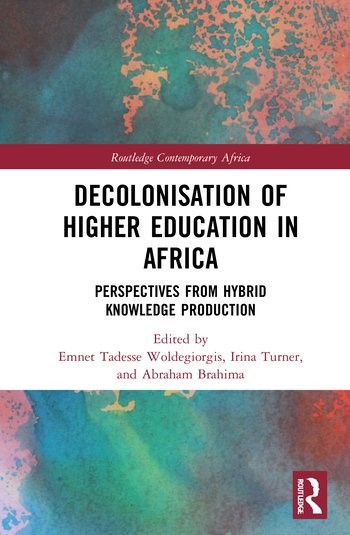 This book discusses the status and importance of decolonisation and indigenous knowledge in academic research, teaching, and learning programmes and beyond. Bringing together critical scholars, teaching and administrating academics from different disciplines, the chapters provide alternative conceptual outlooks and practical case-based perspectives towards decolonised study environments.

Deconstructing Human Development From the Washington Consensus to the 2030 Agenda 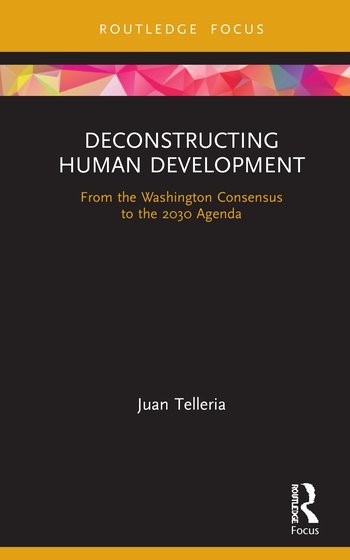 This book provides a critical deconstruction of the human development framework promoted by the United Nations Development Programme (UNDP) since 1990. The book argues that the UNDP’s discourse on development relies on essentialist philosophical, cultural, and political assumptions dating back to the 19th century and concludes that these assumptions – also present in the MDGs and SDGs – impede a full grasp of the complex and multi-layered global problems of the current world. Whilst development critiques traditionally relied on liberal, Marxist or Foucauldian theoretical frameworks and focused on epistemological or political economy issues, this book draws on the post-foundational and post-structuralist work of Ernesto Laclau and Jacques Derrida and proposes an ontological and relational reading of development discourses that both complements and further develops the insights of previous critiques. 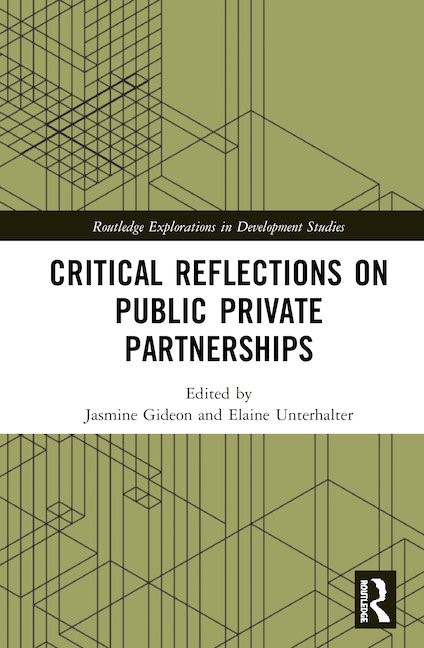 This book argues that despite the hype within many policy circles, there is actually very little evidence to support the presumed benefits of Public Private Partnerships (PPPs) in reducing poverty and addressing inequalities in the provision of and access to public services.

Taking a cross-sectoral comparative approach, this book investigates how PPPs have played out in practice, and what the implications have been for inequalities. Overall, this wide-ranging guide to understanding and evaluating the role of PPPs in the Global South will be useful to researchers within development, international relations, economics, and related fields, as well as to policy makers and practitioners working in development-related policy.

The Conundrum of Corruption: Reform for Social Justice 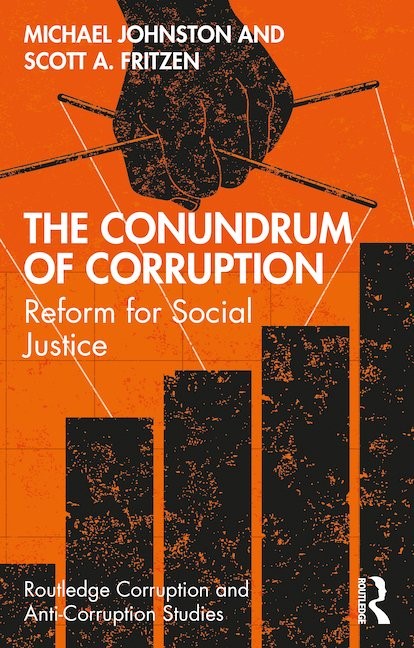 “A superb political economy analysis, as well as a convincing plea for treating corruption as a matter of political development, to be solved only by the political empowerment of citizens. Insightful and historically mindful, this book should feature in every syllabus on democracy and civic education curricula.”– Alina Mungiu-Pippidi, The Governance University in BerlinThis book argues that it is time to step back and reassess the anti-corruption movement, which despite its many opportunities and great resources has ended up with a track record that is indifferent at best.

Drawing on many years of experience and research, the authors critique many of the major strategies and tactics employed by anti-corruption actors, arguing that they have made the mistake of holding on to problematical assumptions, ideas, and strategies, rather than addressing the power imbalances that enable and sustain corruption. The book argues that progress against corruption is still possible but requires a focus on justice and fairness, considerable tolerance for political contention, and a willingness to stick with the reform cause over a very long process of thoroughgoing, sometimes discontinuous political change. Ultimately, the purpose of the book is not to tell people that they are doing things all wrong. Instead, the authors present new ways of thinking about familiar dilemmas of corruption, politics, contention, and reform.

These valuable insights from two of the top thinkers in the field will be useful for policymakers, reform groups, grant-awarding bodies, academic researchers, NGO officers, and students. 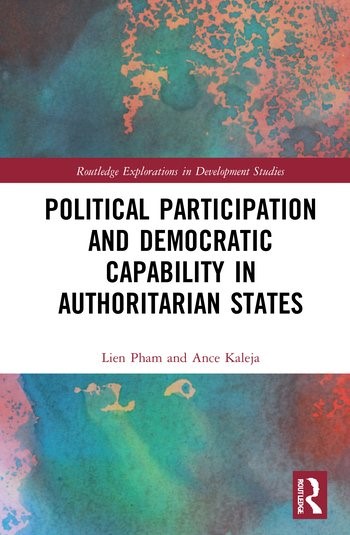 This book provides an innovative theoretical and empirical exploration of the political participation and democratic capability of people living in authoritarian states. Merging perspectives from sociology and political science, the book demonstrates that despite autocratic restrictions on opposition, there is often still leeway for people to express themselves as political agents and to develop democratic capability. This book will be useful for researchers and students interested in political dynamics and intersections with economic, cultural, and social aspects of development. It will also be beneficial for practitioners interested in participatory actions and social change. 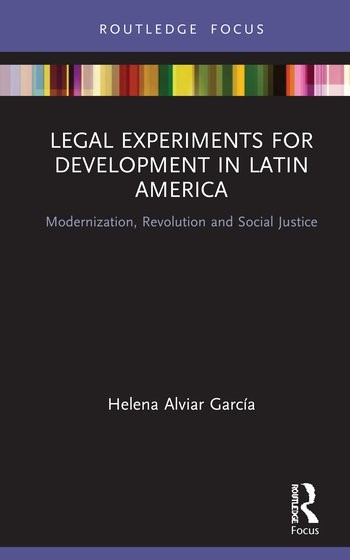 This book provides a nuanced picture of how diverse legal debates on the pursuit of economic development and modernization have played out in Latin America since independence.

The opposing concepts of modernization theory and dependency theory can be seen to be playing out within the field of legal transformation, as some legal analysts define law as a closed, formal, rational system, and others see law as inseparable from economic, social and political change. Legal experiments have followed these trends, in some cases using legal instruments to guarantee classical, civil and political rights, and in others demanding radical transformation of existing legal structures. Tracing these debates, this insightful exploration of comparative law within Latin America provides the tools needed to understand legal transformation in the region, and as such will be of interest to researchers within law, political sociology, development and Latin American studies. 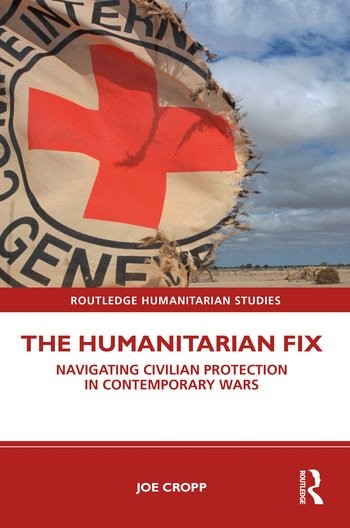 This book investigates how humanitarians balance the laws and principles of civilian protection with the realities of contemporary warzones, where non-state armed actors assert cultural, political and religious traditions that are often at odds with official frameworks.

Drawing on rich ethnographic observations from the author’s time in northern Iraq, and complemented by interviews with a range of fieldworkers and humanitarian policy makers and lawyers, this book will be a compelling read for researchers and students within humanitarian and development studies, and to practitioners and policy makers who are grappling with the contradictions this book explores.

Researching Peacebuilding in Africa: Reflections on Theory, Fieldwork and Context 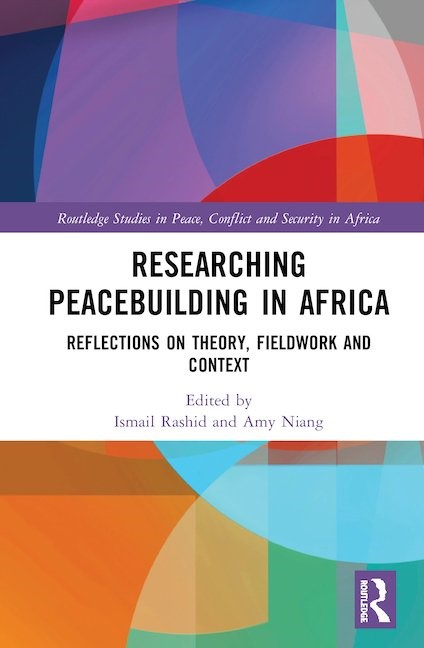 This book examines the multifaceted nature of conflict and the importance of the socio-economic and political contexts of conflict and violence and shows how to support ongoing initiatives and programs to build sustainable peace on the African continent.

Drawing on a range of conceptual framings in the study of peace and conflict, from gender perspectives to institutionalist to decolonial perspectives, the contributors show how peacebuilding research covers a whole range of questions that go beyond concerns for post-conflict reconstruction strategies. Anchored in African-centered perspectives, the book encourages and promotes high-quality interdisciplinary research that is conflict-sensitive, historically informed, theoretically grounded and analytically sound.

Revolutions in Learning and Education from India: Pathways towards the Pluriverse

“This timely book joins the growing chorus of critical voices calling for a radical rethinking of our assumptions about how children should be educated, in the face of contemporary political, environmental and economic crises. In focusing on the artificial hierarchies created and sustained by our current systems, and weaving together insights from postdevelopment theory, anarchist theory and philosophy of education, the author offers an original perspective on these critical questions. These theoretical perspectives are combined with a fascinating analysis of neo-liberal education policy and resistant unschooling practices in India, offering an inspiring illustration of the political significance of grass-roots radical education movements.” – Judith Suissa, Professor of Philosophy of Education, Institute of Education, University College London, UK

“Revolutions in Learning and Education from India is a fascinating exercise in rekindling hope, looking beyond our catastrophic present. Drawing on a number of different theoretical resources from postdevelopment thought to anarchism and the philosophy of Jacques Rancière, Christoph Neusiedl focuses on some novel experiments in the field of ‘education’ and ‘unschooling’ in India, to tell an amazing story of finding pathways to the pluriverse.” – Aditya Nigam, Professor, Centre for the Study of Developing Societies (CSDS), India

Culture and Development in Africa and the Diaspora 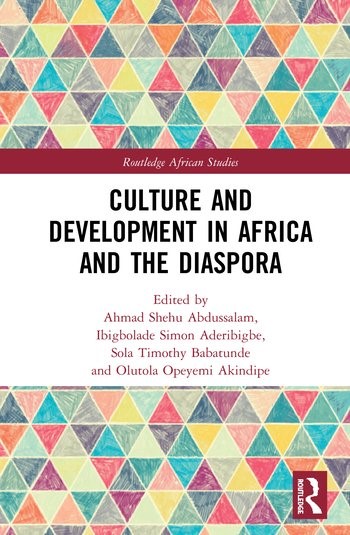 This book examines the intersection between cultural identities and development in African and the Diaspora from multidisciplinary perspectives.

Starting with the premise that culture is one of the most significant factors in development, the book examines diverse topics such as the migrations of musical forms, social media, bilingualism and religion. Foregrounding the work of Africa based scholars, the book presents strategies for identifying solutions to the challenges facing African culture and development.

This book will be of interest to students and scholars of African Studies and African Culture and Society.